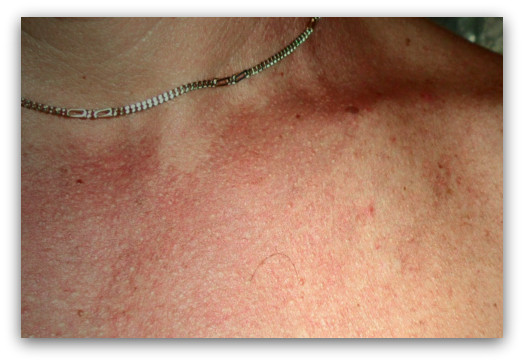 Ask 90 percent of the people in the world today, “What causes Tinea Versicolor (TV,)?” and you’re likely to receive a blank or quizzical stare.

With so many people unaware of both Tinea Versicolor and Malassezia, it’s no wonder that the cause of this skin condition is still a mystery.

Malassezia normally lies dormant on the skin, kept under control by a healthy immune system; however, there are times when the fungus switches to hyper-production and it’s at those times when problems develop.

Most people first notice Tinea Versicolor when areas of skin appear peppered with lighter spots than the rest of the body. Two things happen before those white blemishes appear.

An abnormal overgrowth of fungus on the body’s surface due to an imbalance in the immune system, and the compromised production of Melanin which this causes. Melanin is the pigment produced naturally by the body to give the skin its color. The result is always un-tanned or discolored skin.

Again, most people have Malassezia yeast living dormant and unnoticed on their skin for all of their lives. But a few of us develop just the right conditions for the fungus to not only become abundant, but to thrive.

And once this dermabeast has been awakened, it can be difficult to control.

One of those conditions is oily skin. Malassezia yeasts typically live around hair follicles, which house the sebaceous glands—glands that produce sebum, an oil that lubricates both the skin and hair in humans.

That means you’re likely to see TV develop on the head, face, neck and upper trunk more than other areas of the body.

Another condition that feeds Malassezia—making it thrive—is a hot and humid environment.

It’s for this reason you see a higher incidence of TV in the tropics and in the southern areas of the United States. Athletes are also prone to TV more than others because of the higher skin temperatures and all of the sweating they do during activity.

Once Tinea appears, it can spread quickly on your own skin, but it is NOT contagious to others. This is very important to understand because people will often avoid contact with you and your towel, clothing, etc. out of sincere fear.

Again, they have no idea what TV is because they have never heard the name before. Now you can help reveal the mystery too.

For more information, see our blogs: 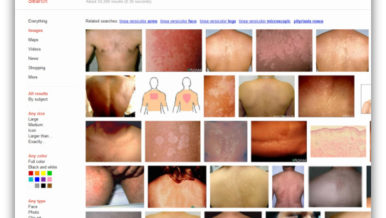 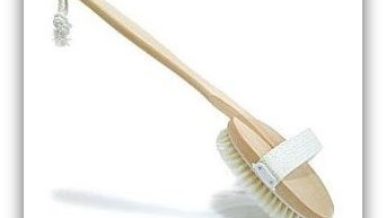