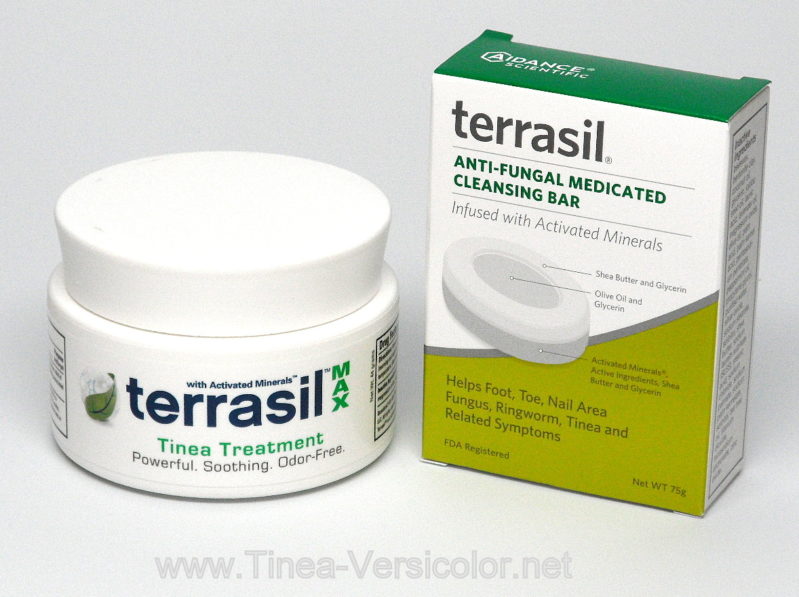 Two weeks ago we told you about a revolutionary and forward-thinking company by the name of Aidance Skincare (soon to be Aidance Scientific) and their discovery and use of Activated Minerals™ to combat the different types of tinea.

If you recall, activated minerals expedite absorption of the pharmaceutical component into the skin. This, according to Aidance, leads to faster healing.

But does it really work?

We decided to find out by putting Aidance’s Terrasil Tinea Treatment MAX to the test.

I asked my colleague David to try Terrasil Tinea Treatment MAX, combined with a body wash regimen of Terrasil Anti-Fungal Medicated Cleansing Bar, when he reported a current outbreak of Tinea Versicolor.

What follows is David’s experience in his own words.

I live in Southern California where, thankfully, the air is usually dry. However, this summer was particularly humid, resulting in a outbreak of Tinea Versicolor on my neck and back, common areas for me.

I would consider this outbreak mild in comparison to some outbreaks, but still, I had all the signs—raised red itchy blotches—and needed to treat it quickly before it spread.

Both products arrived by post in good condition, each individually wrapped in plastic for added protection.

In addition, the anti-fungal soap was also wrapped in protective plastic inside its respective box.

If you’re wondering about the white ring on the topside of the soap, it’s a moisturizing band of shea butter, glycerin, and olive oil. The purple underside contains the activated minerals, as well as more moisturizer.

The Terrasil Tinea Treatment MAX comes in a nice container similar to what cold cream comes in.

The top screws off and has an opening wide enough to dip three fingers for gathering up the salve, which has the consistency of pomade—a waxy hair styling balm for men.

I believe it’s the beeswax that gives Tinea Treatment MAX its thick consistency.

In fact, both products contain beeswax, which Aidance calls one of the world’s best moisturizers.

Other moisturizers worked into the formula are Jajoba oil, peppermint oil, sage oil, and cedarwood oil.

The active pharmaceutical ingredient in both products is the powerful anti-fungal Clotrimozole.

And the Activated Minerals™ consist of a patented blend of volcanic clay, zinc oxide, and magnesium oxide.

In truth, I only applied it once daily—with remarkable results.

My routine was to first use Terrasil Anti-Fungal Medicated Cleansing Bar as a full body wash in the shower. And once I toweled dry, I applied Terrasil Tinea Treatment MAX to the affected areas.

Before I get to the results, though, let me mention one challenge I encountered.

I live alone and because of this, any outbreak on my back creates a problem when the product is a salve, as is the case with Terrasil Tinea Treatment MAX.

Sometimes I can get creative and reach all of my back, but because of the thick consistency of this salve, I could not.

The only way to treat the back if you live alone is with some sort of firm handled applicator because Tinea Treatment MAX needs to be rubbed into the skin. I did not have one so there is a patch on my back that still needs treating.

That said, the areas where I could apply the Terrasil Tinea Treatment MAX healed within a week!

I applied it only once a day to my neck and shoulders and was surprised when my outbreak not only cleared, but that there were no white spots left behind where the red blotches once were.

There was only a slight variation in skin tone where the affected area was, saving me the embarrassment of having to explain to people why I have white spots on my neck.

That in and of itself makes the product worth it to me.

I have not come across a Tinea Versicolor treatment yet that does this—until now. Evidently Terrasil Tinea Treatment MAX not only rids the affected area of the tinea fungus, it also promotes cellular healing while doing it.

And the emollients made my skin feel soft and refreshed.

For me, the products worked as well as Aidance Skincare said they would, maybe even better.

That said, if I could make a recommendation to Aidance, it would be this: a spray version or a liquefied version in a bottle would go a long way toward treating the backs of those living alone.

As a company Aidance Skincare really impresses me in many ways.

Not only are they continually striving for better solutions to treat skin conditions such as Tinea Versicolor, but they get it right also when it comes to taking care of their customers.

Pictures of Tinea Versicolor – How to Build a Journal. 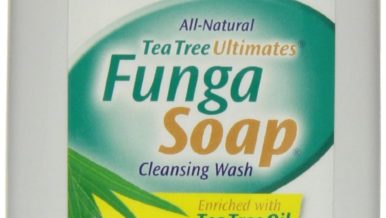