Tinea Versicolor And Your Immune System

We often forget that the skin is the body’s largest organ. Tinea Versicolor and your Immune System must be treated together for healthy looking skin.

Our immune systems are physiological wonders capable of miraculous healing that often baffle the most sophisticated medical and scientific minds! Still, there are virulent diseases, maladies, and disorders that sometimes overcome our immune systems.

Sadly, this can sometimes lead to lifelong disabilities, even early deaths. With that in mind, scientists and researchers have long been engaged in clinical studies focusing on how best to boost our immune systems for healthier living and prolonged life. We’ll get to some of those discoveries in a moment, but perhaps a brief discussion of the immune system and its function should come first.

“The immune system is a network of cells, tissues, and organs that work together to defend the body against attacks by ‘foreign’ invaders [microbes such as bacteria, parasites, and fungi (tineae) that can cause infections]…It is the immune system’s job to keep them out or, failing that, seek out and destroy them.”

NIAID goes on to say…

“The secret to its success is an elaborate and dynamic communications network. Millions and millions of cells, organized into sets and subsets, gather like clouds of bees swarming around a hive [in this case an infection], passing information back and forth in response to that infection. Once immune cells receive the alarm, they become activated and begin producing powerful chemicals. [Amazingly] these substances allow the cells to regulate their own growth and behavior, enlist other immune cells, and direct the new recruits to trouble spots.”

That is an incredible gift, don’t you think? Imagine where we would be now, how long we would survive without this miraculous system! Our immune systems are so incredible that they have memory, remembering the millions of microscopic enemies attacking our bodies, acting accordingly to produce secretions and cells that match up exactly to wipe out a particular assailant.

But, you might be asking, why do we get sick then? NIAID puts it this way…

“When the immune system hits the wrong target [nothing is perfect], it can unleash a torrent of disorders, including allergic diseases, arthritis, and a form of diabetes. [And] if the immune system is crippled somehow, other diseases result.”

We often forget that the skin is the body’s largest organ and is the first line of defense against “foreign” invaders hoping to infiltrate our flesh. As such, the skin can become a breeding ground for harmful microbes if not treated with due regard.

Yes, all of us have and need some bacteria and fungi on our skin, but if you are one of the unfortunate few that has to battle tinea versicolor, you know painfully well that too much fungus on the skin can wreak havoc on not only your appearance, but also on your comfort. Too much fungus can spread like a wildfire if the conditions are right, and with that spreading comes red blotches, severe itching, and even sleepless nights!

That said, treatment for tinea versicolor is an ongoing affair, requiring both external and internal intervention to be effective.

We use topical anti-fungal soaps like those offered by Aidance Skincare, with special moisturizers containing anti-fungal oils and properties. But researchers are finding that diet – what we put into our bodies – plays a part in the prevention of tinea versicolor as well, partly because diet affects the amount of oil produced by the glands of the skin (which feeds fungi), and partly because a healthy diet of certain foods is thought to boost our body’s immune system. That, of course, can aid in our fight against tinea versicolor.

For more specifics about what foods to eat and not eat with regard to tinea versicolor, please see our article Tinea Versicolor And Your Diet. Just understand that any processed food is likely bad and most freshly grown food (with the exception of sugary fruit) is good. And if you adopt a yeast-free diet, you’ll fair even better!

“Your first line of defense is to choose a healthy lifestyle. Following general good-health guidelines is the single best step you can take toward keeping your immune system strong and healthy. Every part of your body, including your immune system, functions better when protected from environmental assaults and bolstered by healthy-living strategies such as these:”

According to the same Harvard Medical Publications report, The Truth About Your Immune System, there are a few supplements worth considering for overall immune system health, one that has proven especially promising for treating tinea versicolor.

Astragalus membranes – This supplement, derived from the root of the astragalus plant, has been marketed as an immune system stimulant, but it can also be dangerous; therefore, it should be avoided.

Garlic – Who doesn’t love garlic? Not only does it taste good (in cooking), it has been proven to have health benefits too. The jury’s still out, however, on whether or not garlic has significant immune system benefits. Some studies say yes, but there have not been enough studies done to say with certainty. Still, garlic might help lower blood pressure and serves as a great tasting antioxidant. Moderation is key. Too much garlic can have harmful effects on the body, like damaging the digestive tract.

Glycyrrhiza glabra (licorice root) – Though the Chinese have used licorice root for years as part of their herbal medicine routines, little is known about it true impact on the immune system. And because of the harmful side effects that can result from taking licorice root (water retention, high blood pressure, potassium loss, headaches, lethargy), this supplement should be avoided, particularly if you suffer from heart problems, liver issues, or kidney disease.

Probiotics – This last supplement deserves a special mention because it appears on many websites as a “highly recommended” treatment for tinea versicolor. This section is a bit lengthy, but given the claims made about probiotics, it is necessary to understand just what probiotics are and how they can affect your health, including skin health.

According to Harvard Health Publications…

“There are hundreds of different species of bacteria in your digestive tract, which do a bang-up job helping you digest your food. Now researchers, including some at Harvard Medical School, are finding evidence of a relationship between such “good” bacteria and the immune system. For instance, it is now known that certain bacteria in the gut influence the development of aspects of the immune system, such as correcting deficiencies and increasing the numbers of certain T cells. Precisely how the bacteria interact with the immune system components isn’t known. As more and more intriguing evidence comes in to support the link that intestinal bacteria bolster the immune system, itʼs tempting to think that more good bacteria would be better. At least, this is what many marketers would like you to believe as they tout their probiotic products.”

Probiotics are “good” bacteria that have the capacity to live within our digestive tracts without adversely affecting our lives. In fact, these bacteria are thought to be of benefit to our overall health, prompting many manufacturers of yogurt and cottage cheese, energy drinks, cereals and the like, to tout the probiotics (like Lactobacillus and Bifidobacterium) in their products as part of an effective marketing campaign.

Harvard Health Publications cautions that, though these bacteria have a positive impact on overall health, it is still questionable as to whether or not they truly improve our immune systems. Furthermore, they caution that the quality of some probiotic supplements can be questionable, meaning they do not always contain what they say on the label.

“Does this mean taking probiotics is useless? No. It means the jury is still out on the expansive health claims. In the meantime, if you choose to take a probiotic in moderation, it probably won’t hurt, and the scientific evidence may ultimately show some benefit.”

This compelling report by Harvard Medical Publications adds to be skeptical…

As with everything in this life, we must approach our pursuit of greater immune response and perfect health through the eyes of skepticism (not pessimism).

“Many products on store shelves claim to boost or support immunity. But the concept of boosting immunity actually makes little sense scientifically. In fact, boosting the number of cells in your body — immune cells or others — is not necessarily a good thing. For example, athletes who engage in “blood doping” — pumping blood into their systems to boost their number of blood cells and enhance their performance — run the risk of strokes…No one knows how many cells or what kinds of cells the immune system needs to function at its optimum level.

Scientists do know more about the low end of the scale. When the number of T cells in an HIV/AIDS patient drops below a certain level, the patient gets sick because the immune system doesn’t have enough T cells to fight off infection. So there is a bottom number below which the immune system can’t do its job. But how many T cells are comfortably enough, and beyond that point, is more better? We don’t know.”

Life is filled with “false prophets” claiming to know the way to the Fountain of Youth, but we all know that fountain is only an illusion. Still, we serve ourselves well to continue searching for ways to maximize our health and to sustain healthy lifestyles. To give up would be doing a disservice to ourselves and our body which possess’ amazing  natural defenses.

As for the immune system and tinea versicolor, we know that an impaired immune system can promote the spread of the fungus on our skin. So rather than just applying soap, sprays and cream we should consider a much broader line of defense which incorporates restoring our immune system to its optimal level. 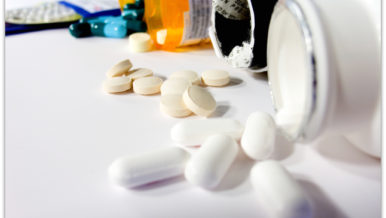